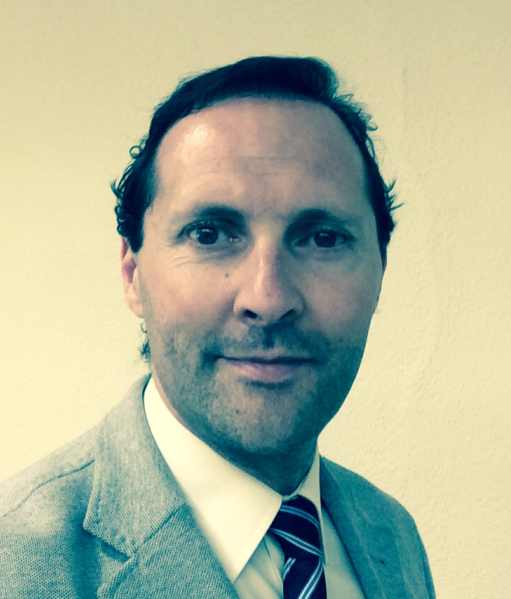 Miguel Angel Sotelo,  Professor of Computer Engineering Department of the university of Alcala.
Title: Prediction of Behavior in Autonomous Driving – The Reality Gap
Abstract: Road Users’ Behavior Prediction – Real and Virtual Experimentation The scene recognition capabilities of self-driving cars have improved in an impressive manner, especially thanks to the development of Deep Learning techniques and the availability of immense amounts of data contained in well-organized public datasets. But still, self-driving cars exhibit limited ability to deal with certain types of situations that become natural to human drivers, such as entering a congested round-about, dealing with cyclists, or giving way to a vehicle that is aggressively merging onto the highway from a ramp lane. All these tasks require the development of behavior understanding and prediction capabilities in order to anticipate the most likely behaviors and trajectories for all traffic agents around the ego-car, namely vehicles and vulnerable road users, in a given time horizon. In addition, predicting and understanding the behavior of other road users opens the gate to the development of trustworthy and friendly-interacting autonomous vehicles by separating road users’ own assertiveness from the reactions to other road users’ actions. Learning about road users’ behaviors requires collecting data in edge cases, something that proves hard to achieve in practice, even after thousands of hours of driving. For such purpose, the use of virtual reality simulators is becoming a complementary tool to support the development of behavior understanding and prediction systems. This talk will present the latest results achieved at the University of Alcalá in the framework of several EU-funded projects. Bio: Miguel Ángel Sotelo was born in Talavera de la Reina, Spain, in October 1971. At present, he is Full Professor at the Computer Engineering Department of the University of Alcalá. He received the Dr. Eng. degree in Electrical Engineering in 1996 from the Technical University of Madrid, the Ph.D. degree in Electrical Engineering in 2001 from the University of Alcalá (UAH), Alcalá de Henares, Madrid, Spain, and the Master degree in Business Administration (MBA) from the European Business School in 2008. He was the Head of the INVETT Research Group (2012-2019) of the University of Alcalá, Director General of Guadalab Science & Technology Park (2011-2012) and Head of the RobeSafe Research Group (2006-2010). In May-June 2010 he was Dean of the Technical School of UAH and Vice-dean of the same School in the period 2004-2010. He was Vice-President for International Relations at UAH (2014-2019). His research interests include Driverless Vehicles, Cooperative ITS Systems, and Traffic Technologies. He is the author of 300 refereed papers in journals and international conferences, and corresponding author of 15 national patents and 1 PCT patent. He has been recipient of the Prize for the Best Team with Full Automation of GCDC 2016, the 2013 ITSS Outstanding Application Award, the 2010 Outstanding Service Award of the IEEE ITS Society, Best Research Award in the domain of Automotive and Vehicle Applications in Spain, 2002 and 2008, the 3M Innovation Awards in the category of eSafety in 2003, 2004 and 2009, and the Best Young Researcher Award of the University of Alcalá in 2004. He is Member of the IEEE ITS Society Executive Committee, and Member of the Steering Committee of IEEE Transactions on Intelligent Vehicles. He has been a member of the IEEE ITS Society Board of Governors (2012-2014), Editor-in-Chief of IEEE Intelligent Transportation Systems Magazine, (2014-2017) Associate Editor of IEEE Transactions on Intelligent Transportation Systems (2008-2015), member of the Editorial Board of The Open Transportation Journal (2006-2015), President of the Spanish Chapter of IEEE ITS Society (2015-2016), and Editor-in-Chief of IEEE Intelligent Transportation Systems Society Newsletter (Jan 2013 – Jan 2014). He served as General Chair of the 2012 IEEE Intelligent Vehicles Symposium, as well as Program Chair and member of Program/Organizing Committees in more than 30 international conferences. He has been the  President of the IEEE Intelligent Transportation Systems Society (2018-2019). At present, he is the  Vice-President of Finance of the IEEE Intelligent Transportation Systems Society (2021-2022). In 1997 he was Research Visitor at the RSISE department of the Australian National University. From 2004–2010 he served as Auditor and Expert at FITSA Foundation for RTD Projects in the domain of automotive applications. He has served as Project Evaluator, Rapporteur, and Project Reviewer for the European Commission in the field of ICT for Intelligent Vehicles and Cooperative Systems in the VI and VII Framework Programmes. In the period 2009-2015, he was CEO of Vision Safety Technologies Ltd, a spin-off company established to commercialize computer vision systems for road infrastructure inspection. He is an IEEE Fellow. 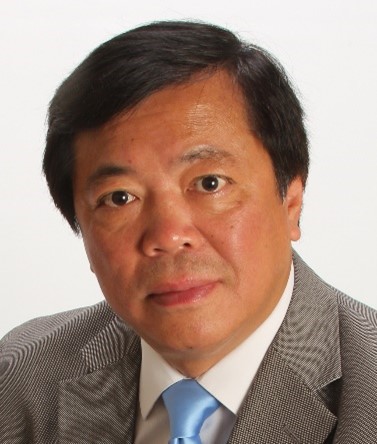 Wei Bin Zhang holds appointments as a Senior Research Scientist at University of California at Berkeley and at Lawrence Berkeley National Laboratory. He also serves as is an independent consultant specializing in Intelligent Transportation Systems (ITS) and is the Vice Chairman of a JV company producing Automated BRT systems.
Title: From Autonomous Driving to an Automated Highway System: Toward Cooperative Vehicle Infrastructure Automation.
Abstract:
Road vehicle automation has been researched for several decades and has recently spurred a new round of interests. Many auto makers, traditional or new-comers, are all investing some form of automated vehicle control functions. Driver assist technologies have been made commercially available on the road today.  As road vehicle automation moves toward deployment, the transportation community faces important decisions that will reshape the future of transportation system. Two schools of concepts have been explored, the so-called autonomous driving and cooperative vehicle-roadway automation. Much of the autonomous vehicle research has been concentrated in sensing and control technologies inside the cars, whereas a vehicle infrastructure cooperative system are also being studied extensively to include roadside supporting functions that involve vehicle to infrastructure communication (v2I) that support location based ITS functions. Infrastructure support may also include infrastructure additions/improvements for achieving ‘sensor friendly’ highways and physical infrastructure changes to separate automated and manually driving vehicles for maximum safety and efficiency for automated driving. A vehicle infrastructure cooperative system may offer substantial advantages over autonomous and V2V cooperation along. While the approaches for autonomous driving and cooperative vehicle-roadway automation mostly share same functionalities, they may require different enabling technologies and deployment paths, presenting a very important crossroads for future road vehicle automation. This talk will discuss the role of the infrastructure in the next generation vehicle highway system. An example of automated transit system will be presented to illustrate the benefits, challenges and opportunities for cooperative vehicle infrastructure automation.
Bio: Wei-Bin joined UC Berkeley Institute of Transportation Studies in 1987 and participated in the early founding of PATH program. As a Program Manager, he has led research on a broad spectrum of ITS, with considerable emphasis on advanced vehicle control and safety technologies. In the 1990s, he served as the Technical Director of the National Automated Highway Systems Consortium (NAHSC), responsible for overseeing NAHSC’s technical activities and managed the development of the automated platooning system for a U.S. Congress-mandated national technical feasibility demonstration of Automated Highway Systems in 1997. Since 2000, he directed federal and state sponsored research programs on advanced vehicle automation and safety technologies for highway and transit applications. In 2015, Wei-Bin led the USDOT funded Vehicle Assist and Automation program which, for the first time in the US, implemented automatically guided transit buses for field operational tests in revenue services in Eugene, Oregon. He also led California research efforts on Connected Vehicle based multimodal traffic and transit applications. Recently, he has been working with USDOE on assessment of Eco-driving technologies.  Wei-Bin has published over two hundred papers and reports. He is a Fellow of Institute of Electric and Electronic Engineers (IEEE) and was the President of IEEE ITS Society (2020-2021). He also served on various Technical and program committees for TRB, ITS America and APTA. 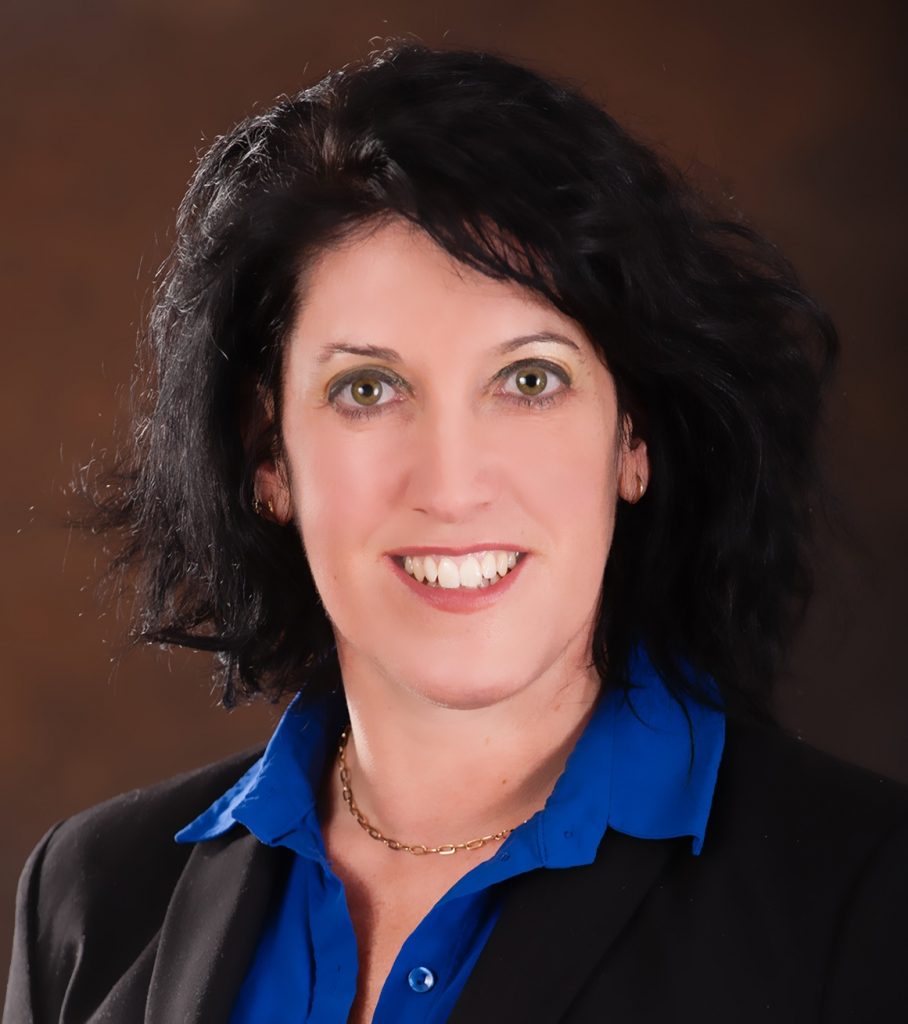 Univ. Prof. Dr. Cristina Olaverri-Monreal is professor and holder of the BMK endowed chair Sustainable Transport Logistics 4.0 at the Johannes Kepler University Linz, in Austria. Prior to this position, she led diverse teams in the industry and in the academia in the US and in distinct countries in Europe.
Title: Climate-Neutral and Sustainable Mobility Through Intelligent Transportation Systems Abstract: Decisions related to transport systems and infrastructure not only affect transport efficiency, but can also make a significant contribution to achieving climate neutrality. Digital technologies that belong to the field of intelligent transport systems and are based on the use of sensors for physical and virtual interconnection and interoperability of objects through information and communication make it possible to respond to changing transport needs. In this context not only the interaction between networked system elements is important, but also the effect of these technologies and automation on human behavior. These dynamic scenarios are crucial Bio: Univ. Prof. Dr. Cristina Olaverri-Monreal is professor  at the Johannes Kepler University Linz, in Austria and president of the IEEE Intelligent Transportation Systems Society (IEEE ITSS). She is founder and chair of the Austrian IEEE ITSS chapter, and chair of the Technical Activities Committee (TAC) on Human Factors in ITS. She received her PhD from the Ludwig-Maximilians University (LMU) in Munich in cooperation with BMW. Her research aims at studying solutions for an efficient and effective transportation focusing on minimizing the barrier between users and road systems. To this end, she relies on the automation, wireless communication and sensing technologies that pertain to the field of Intelligent Transportation Systems (ITS). Dr. Olaverri is a member of the EU-wide platform for coordinating open road tests (Cooperative, Connected and Automated Mobility (CCAM)) as well as a representative for the European technology platform “Alliance for Logistics Innovation through Collaboration in Europe” (ALICE) for the “Workgroup Road Safety” (WG4: EU-CCAM-WG-ROAD-SAFETY@ec.europa.eu). She is additionally a senior/associate editor and editorial board member of several journals in the field, including the IEEE ITS Transactions and IEEE ITS Magazine. Furthermore, she is an expert for the European Commission on “Automated Road Transport” and consultant and project evaluator in the field of ICT and “Connected, Cooperative Autonomous Mobility Systems” for various EU and national agencies as well as organizations in Germany, Sweden, France, Ireland, etc. In 2017, she was the general chair of the “IEEE International Conference on Vehicles Electronics and Safety” (ICVES’2017). She was awarded the “IEEE Educational Activities Board Meritorious Achievement Award in Continuing Education” for her dedicated contribution to continuing education in the field of ITS.